• Senate set to vote after Thanksgiving
• Differences, including state tax deduction, yet to be resolved

House Republicans appeared triumphant after the passage of a tax reform bill, but some members were already preparing for long negotiations with the Senate in December to hammer out the final version of the measure.

Republican leaders in the House are bracing to defend their favorite aspects of the tax bill even as the Senate moves ahead with its own version.

Thirteen Republicans voted against the House tax bill (H.R. 1), which passed on a 227-205 vote Nov. 16. But more GOP lawmakers could oppose a version that emerges from a House-Senate conference if the compromise bill doesn’t contain the key provisions House leaders have promised.

Ways and Means Committee Chairman Kevin Brady (R-Texas) told reporters after the vote that he wanted to improve the treatment of international taxation and address concerns around the state and local tax deduction.

Many Ways and Means Republicans said they were still waiting to see what ends up in a final version of the bill. Rep. Peter Roskam (R-Ill.) said there was momentum behind the tax bill. “I think it is going to be easier than most people think,” Roskam said about reconciling the differences between the tax bills from the two chambers. (For a road map of where to find key provisions and compare the House tax reform bill (H.R. 1) with the Finance Committee version, read Bloomberg Tax’s analysis.)

The House and Senate plans are at odds about the timing of corporate and individual tax cuts. The Senate plan would delay cutting the corporate tax rate to 20% until 2019, while the House bill would make that change in 2018. The Senate bill would also sunset the tax cuts for individuals and passthroughs in 2026.

The Senate proposal is less generous in some respects, calling for a full repeal of the state and local tax (SALT) deduction and also a doubling of the estate tax exemption amount so it applies to fewer people. The House bill would repeal the estate tax after 2024.

House leaders also would shrink the SALT deduction to a $10,000, for property taxes only. An ultimate bill that limited the SALT deduction even further would risk losing support from high-tax-state Republicans, including Reps. Tom Reed (R-N.Y.) or Tom MacArthur (R-N.J.), who voted for the bill on the condition that a property tax compromise would be included.

Rep. Mark Meadows (R-N.C.), chairman of the ultra-conservative House Freedom Caucus, said the repeal of the SALT deduction and the method of taxation of passthrough businesses would be the two thorniest issues when the bill goes to conference committee in December.

The Senate proposal breaks one of the “red lines” the caucus laid out for any tax bill, Meadows said. It doesn’t provide a 25% rate for passthroughs, but instead would give passthrough owners a 17.4% deduction on passthrough income, which would be taken out of non-wage income and subjected to the individual income tax rate corresponding with their income. The bill’s top individual rate is 38.5%.

The House bill would set a 25% maximum rate on the portion of passthrough net income distributions treated as business income.

Meadows said he is talking with Sen. Ron Johnson (R-Wis.), who also opposes the Senate’s passthrough approach, about alternatives.

Rep. James B. Renacci (R-Ohio) said he is concerned that the Senate plan doesn’t do enough to ensure the tax cuts for individuals and passthroughs have staying power. The proposal as it stands now would sunset them in 2026.

“I think we’re going to want to have permanency,” Renacci said. “It’s definitely something I would have to think about if it wasn’t permanent.”

A bill that calls for repealing the Affordable Care Act’s individual mandate would add “another layer of risk” for a conference bill to pass the House, MacArthur said.

“They can’t mess with the state and local property deduction,” he said. “They promised they won’t.”

Reed said that while House Republicans have repeatedly called for permanent provisions, he doesn’t expect that to be in the final Senate measure. Members are handicapped because of “inside D.C.” rules, he said, referring to the Senate’s requirement that no filibuster-proof bill can pass if it adds to the deficit outside the 10-year window.

Most members should have learned from the health care debate that they must view the package as a whole instead of drawing red lines on specific provisions, said Rep. Matt Gaetz (R-Fla.), a member of the House Republican Study Committee.

A bill that would change economic growth prospects—such as delaying the rate cuts or curbing full expensing—would be problematic, Rep. David Schweikert (R-Ariz.) told Bloomberg Tax. He said he has yet to see data showing that economic growth could take off next year without the corporate tax delay.

“My fixation is that this really has to be about expanding economic opportunity. I stress over the delay of the corporate tax rate for one year,” Schweikert said.

To contact the editor responsible for this story: Meg Shreve at mshreve@bna.com 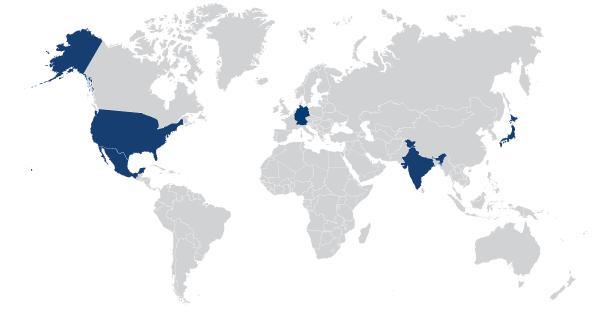